This is a guest post by Wasiq, an analyst specializing in counter-terrorism, law and academia

In an interview with the BBC’s Home affairs correspondent Dominic Casciani, forensic psychologist Christopher Dean conceded what many have feared, that we can never be certain if a terrorist has been “cured”. For those in the business of counter-extremism and counter-terrorism, this comes as no surprise. The academic literature on seeking a “silver bullet” or a “magic wand” to cure someone from committing crimes is conclusive; none exists and probably never will.  However, for the public at large, this may come as a surprise, given that so much time and money has been put into PREVENT as well as de-radicalisation programs. This will undoubtedly heighten public fears and anxieties, that if someone can fool a psychologist into believing that they have changed their ways when they haven’t, then how do we know they will not finish what they started?

Usman Khan, the man responsible for the terrorist attack on London Bridge, undertook the Healthy Identity Intervention scheme with the intention of voluntarily desisting from extremism and violence. However, it appears that this did not come to pass and as a result, he murdered both Jack Merritt and Saskia Jones.

In an article for the Washington Post by Professor Mary Beth Altier and Professor Emma Leonard, argue that terrorists can be rehabilitated “but it’s not easy”. Having conducted biographical research on 85 terrorists from different terrorist organisations, they found that 64% of terrorists returned to terrorism, despite their engagement with terrorism ending in prison. Furthermore, 58% returned to terrorism after having initially voluntarily walked away from it. They posit that although these figures may appear alarming, it is in line with “recidivism rates in the United States and elsewhere, including for violent offenders.”

Although Professor Altier and Professor Leonard helpfully provide a statistical analysis of possible markers and a potential profile of a terrorist, Ian Acheson in a recent blog post for The Spectator argues that “[terrorists] also are frustratingly difficult to categorise in terms of common denominators.” So the issue remains, we may know a lot about terrorists, but we may never really know enough in regards to whether they have changed or not. This poses significant challenges to those working on the frontline of de-radicalisation.

One possible route forward to re-integrating terrorists into the community, as part of wider counter-terrorism strategies is by helping to shape public attitudes to de-radicalisation programs. In a recent study for the Journal of Deradicalization, a number of academics argue that “community acquiescence and support can be central for the success of [SIC] re-integration.” They argue that if support isn’t given to the public and key communities in the reintegration of terrorists, then this can undermine “attempts to reduce the risk of recidivism.” Furthermore, if politicians remain silent on these issues, then they allow for other critical voices to shape the narrative and potentially obscure public perception. We have seen this often with PREVENT being labelled as a toxic Government policy used to spy on Muslims communities.

Dr Asim Qureshi the Research Director for Cage, which “is an independent grassroots organisation striving for a world free of injustice and oppression” argues:

“the PREVENT programme is highly mistrusted by those who are at most risk of being impacted by it. Rather than scrapping a fundamentally misguided policy that is not fit for purpose, a ‘review’ when no long-term impact assessments have been carried out in relation to the harm that it caused, will lend it a new lease of life.”

Moreover, MEND which stands for Muslim engagement and development “is a not-for-profit company that helps to empower and encourage British Muslims within local communities to be more actively involved in British media and politics” claim to be “of the firm belief that the PREVENT duty should be repealed…”

Given that both organisations appear to be of the view that scrapping the PREVENT agenda is necessary, it is also worrying that they both potentially have the sway of public opinion, particularly Muslim communities. If that is the case, then their presence and campaign against government initiatives seems to position themselves as anti-government policies. Actual terrorists are likely to support such organisations if their modus operandi is to resist any and all government initiatives. This is, of course, a worrying concept to grapple with.

In the case of Cage, this appears to be further supported by an essay from the Aero Magazine columnist Damien Daniels. He argues, in regards to the press conference in which it was revealed the terrorist Mohammed Emwazi, also known as Jihadi John, was involved in Cage, that:

“This craven performance was a revelation for many; a glimpse into the true nature of an NGO that had hitherto managed to successfully masquerade as a feel-good human rights organisation.”

MEND, of course, are no strangers to controversy. In an article in the Jewish Chronicle, the outgoing Commissioner of the Metropolitan Police and former head of the Counter-Terrorism Command, Sir Mark Rowley is quoted as saying MEND were;

“seeking to undermine the state’s considerable efforts to tackle all hate crime”.

Therefore, both organisations appear to be playing a negative role in the de-radicalisation of terrorists and one which needs further examination.

Can Terrorists be De-Radicalised or Not?

I am of the view that many terrorists can be de-radicalised. However, I caution myself not to believe all can be. Whether we like it or not, some terrorists such as Usman Khan will always view the West and its citizens as legitimate targets. This view is underpinned by Salafi Jihadist ideology and one of our focuses must be on tackling that. For more on this, read Shiraz Maher’s book Salafi Jihadism: The History of an Idea.

It cannot be that, because it is the Government that wish to do it, that means that we must be distrustful of them because that would be considered insane. But that is exactly what appears to be happening in some communities, who are at the mercy of bad-faith actors. Trust in de-radicalisation programmes is being undermined by organisations and others with public influence and this makes the fight against terror all the more difficult.

What is clear, is that de-radicalising a terrorist is not a linear or rational process, but rather a complex phenomenon in which there are many variables to consider. For those not directly involved in the de-radicalisation process, such as the public, we have a role to play and that is to not be taken in by those that have positioned themselves as having no faith in both the programs or the Government. We also need to have faith in those that have gone through the de-radicalisation process and have come back to the community. Of course, we may never really know if they have been de-radicalised, but surely there is some value in getting to know them and building a stronger society in which it is possible to re-integrate them and learn from them?

It’s a risk, yes, but we cannot lock our way out of terrorism. 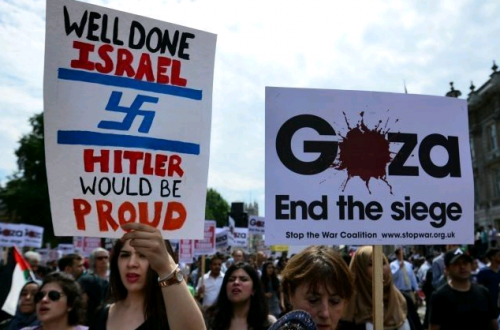 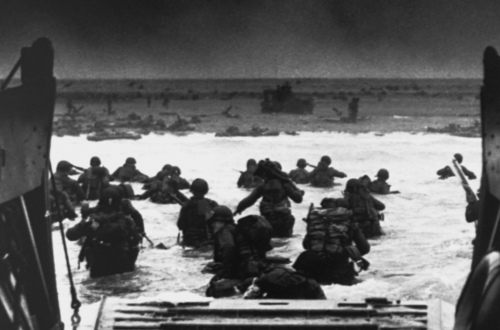 75 Years Since D-Day, We Remember