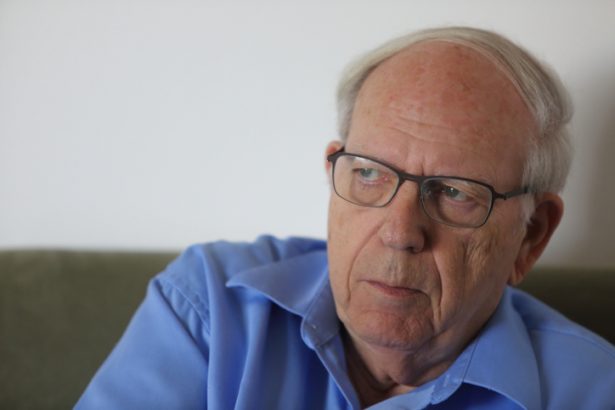 Former head of Mossad Efraim Halevy presents a sweeping overview of Israel’s strategic situation. He argues that the desire in both US political parties to pivot away from the region, coinciding with the equally strong desire of Russia to return to the Middle East as a status-hungry great power will have significant long-term consequences for Israel and for the peace process. ‘Trump will be unable to close a deal without President Putin on board,’ says Halevy, so while a joint American-Russian peace plan (or at least one signed off by Putin) for the Israeli-Palestinian conflict may seem outlandish, it may also be the only prospect in town.

In 1948 the US imposed a wide sweeping arms embargo on the entire Middle East, although Israel was the only true victim of this shameful act. This embargo was effectively enforced and were it not for the critical supplies of light arms and ammunition provided by the Communist Bloc led by the Soviet Union, victory might well have eluded the nascent state with truly disastrous consequences. There were days when the fighters who fought under Harel battalion commander Yitzhak Rabin had only 20 bullets left in their belts. The so-called ‘Czech’ rifle became one of the symbols of our War of Independence. It was augmented by a smaller quantity of heavier arms and even a few light aircraft.

The hard fought victory of 1948 was achieved against all odds – so many military figures and statesmen in the international community gave the six hundred thousand Jews in the Holy Land less than 50 per cent chance of survival against the combined forces of Egypt invading from the south, the Arab Legion of the Hashemite Kingdom of Jordan and the Iraqi Armed Forces marching into Palestine from the east, and the Syrians and Palestinian elements coming down from the north. Added to all that were the armed groups of Palestinians, who harassed and attacked Jewish towns and settlements, causing many civilian deaths and casualties.

The decision to go ahead and declare a ‘state’ was a subject of heated debate in the then ten-man leadership of the Jewish Yishuv (the Jewish community in Palestine). There were moments when there was a tie and it took David Ben-Gurion all the power he could summon to break it.

In addition to that there were three armed groups operating inside the Jewish Yishuv. One was the Haganah with its elite crack unit – the Palmach – representing the mainstream of the population. Besides it was the ‘Irgun Zvai Leumi,’ the Etsel, mainly based on the revisionist wing of the Zionist national movement, and ‘Lohamei Herut Yisrael,’ which had split away from the Etsel and propagated an even more extreme policy against the British presence during the Mandate. READ MORE.