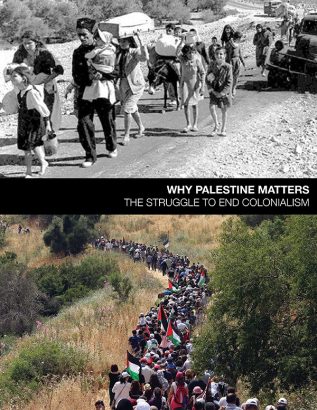 The Presbyterian Church in America has published an ideological and political manual for anti-Israel organising ahead of its bi-annual gathering in June. Reviewing its content, Cary Nelson argues that the publisher’s claim to have produced ‘a study guide’ cannot be accepted. Rather, the language of ‘intersectionality’ is misused in a Church-sponsored demonisation of the Jewish state that is propelled by insinuation more than responsible argument. The controversial academic Steven Salaita argues that the phrase ‘Israeli hummus’ is not just an act of ‘cultural appropriation’ but ‘a promise of genocide’. Sarah Schulman slams Israel’s gay-friendly legal and cultural environment as ‘pink-washing’. Reconciliation and dialogue initiatives are trashed as ‘normalisation’. Israel is accused of ‘genocide’ and the conflict is said to have ‘parallels to the history of slavery in the United States’. The result is a glossy Church-sponsored prospectus for the abolition of the Jewish state that should deeply concern Presbyterians in America.

Toward the end of the Presbyterian anti-Zionist book, Why Palestine Matters: The Struggle to End Colonialism, a sequel to Zionism Unsettled issued in April 2018, just barely in time for PC(USA)’s bi-annual meeting in June, there is a decidedly improbable effort to extend the politics of intersectionality to include a link between Gaza and Puerto Rico. The second item in ‘Parallels with Puerto Rico’ is ‘Letter from Gaza: “We Are All Puerto Ricans,”’ which opens by declaring ‘I know what it’s like to struggle with shortages of vital supplies such as electricity, gas, cash, and safe water’ (82).

Why Palestine Matters is a 110-page oversized book consisting of 39 essays, over 30 breakout supplements, and a large number of illustrations with full paragraph captions. It includes three very useful colour maps, one each of Gaza, West Bank settlements, and West Bank Areas A, B, and C. The editors make an effort to describe it as the third ‘study guide’ issued by IPMN, the Israel/Palestine Mission Network of the Presbyterian Church (US), but it is so fiercely one-sided that it really serves exclusively as an ideological and political manual for anti-Israel organising. The volume breaks with IPMN’s history by explicitly aligning itself with the BDS movement and doing so at length. Many of the essays are new, but a few are excerpts from earlier publications. In the latter category are Steven Salaita’s unusually intense ‘Cultural Appropriation or Theft?’ which warns us that the phrase ‘Israeli hummus’ is a radical form of cultural appropriation, amounting to ‘a project of erasure, a portent of nonexistence, a promise of genocide’ (61) and Sarah Schulman’s ‘Rebranding with Sex and Sexuality,’ which reprises her 2011 brief against ‘pinkwashing,’ the purported effort to distract attention from the military occupation of the West Bank by highlighting Israel’s gay-friendly legal and cultural environment. READ MORE.