What to do if you are regularly embroiled in controversies about antisemitism?

You could simply flick them away, indignantly, with offended disdain. Like this:

All our marches have involved very substantial Jewish contingents and they always will, because our argument, and I refuse to be dragged into this stuff that somehow or other because we’re pro-Palestinian, we’re antisemitic, it’s a nonsense.

Who said that? Why it’s Jeremy Corbyn, now leader of the Labour party, which is regularly embroiled in controversies about antisemitism. From 3:50 here:

Suitably enough, the occasion was a meeting in 2009 of the “Meet the Resistance” campaign for terrorism, an escapade of the Stop the War Coalition.

Alongside Corbyn, the meeting also featured foul Abou Jahjah, since excluded from the UK to Mr Corbyn’s consternation, and a Hezbollah MP. It was the same meeting where Corbyn hailed Hamas – dedicated to genocide for the Jews – and Hezbollah as his “friends”.

Corbyn waxed furious because the meeting was heavily criticised by this blog and others. It went ahead, Labour did nothing, yet again, and here we are.

And this man is going to take antisemitism in his party seriously? Yeah, right. 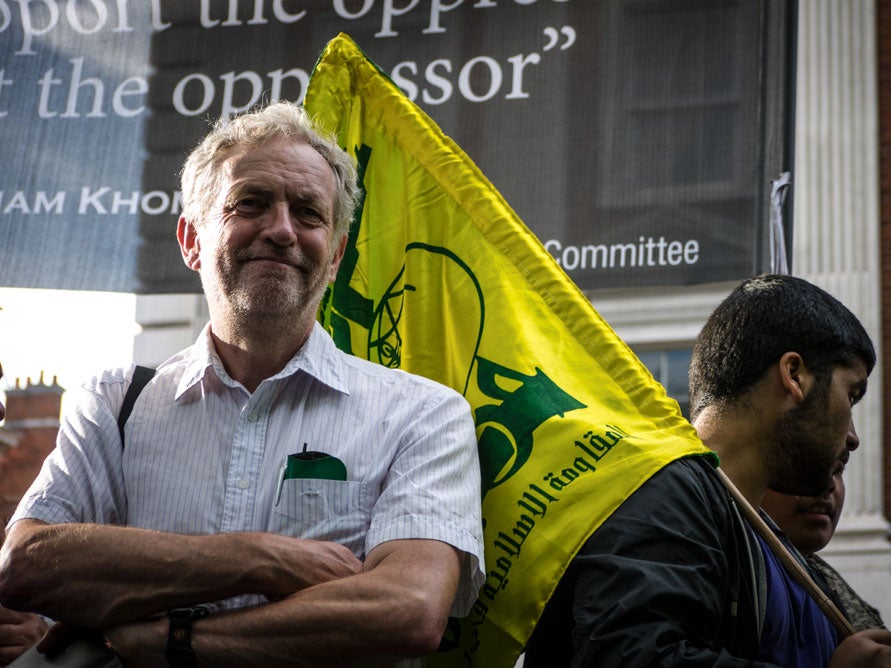 Of Antisemitism and Islamophobia