This is a cross-post from Tom Owolade

When I was younger I was an anti-imperialist leftist who believed in moral relativism. I believed that western values – democracy and freedom, nourished elsewhere but best embodied by the west – were morally equivalent to non-western values, and so to make moral judgements of non-western cultures displayed undue arrogance. I accepted Noam Chomsky as a high priest, benevolently bequeathing Truths about western states, unmasking their cynical facade, and exposing the sham of liberalism.

Then I became a Eustonite, and accepted the principles plainly expressed in the Euston manifesto: pro-democracy; anti-totalitarianism; and a support for universal rights.

Following these principles has enabled in me greater moral clarity, and consequently made transparent the problems that befall much of the anti-imperialist left: a willingness to indulge reactionary forces, under the caveat that they’re anti-western; and an abandonment of liberal and secularist individuals in reactionary cultures, puncturing the principle of solidarity.

A couple of incidents have reinforced my beliefs. The first was the reaction to the Charlie Hebdo attacks. The response by some to the murder of anti-racist and secularist cartoonists by theocratic fascists stunned me. The need to equivocate and relativise a plain assault on liberal principles was revealing. It revealed, that for some, certain principles ought to be subordinate to power relations. That freedom of speech can’t be defended unequivocally. If it allows an attack on Islam – which, as a set of ideas, deserves scrutiny in an open society – it is attacking an underdog. The value of freedom of speech is then defined solely by whether it attacks oppressive power structures. The assumption made is that only western cultures are meaningfully oppressive, or, more perniciously, only western power structures deserve our moral scrutiny.

So when some individuals, inspired by a totalitarian ideology, decided to slay blasphemers and Jews (the classical victims of totalitarian forces), the response is not to straightforwardly condemn. For their non-white identity precludes them from being meaningfully oppressive or deserving of our moral scrutiny. The response is to equivocate. The response is to qualify the most ennobling principle our civilisation affords – the freedom to satirise, speak, express our moral conscience – with an inelegant ‘but’. Witnessing this elucidated something important: some are so captivated by the idea of western oppression, they think when men with guns, enthralled by a fascist ideology, shoot men and women with pens and liberal hearts, the oppressive forces are those subsequently declaring “Je suis Charlie” rather than the murderers who bellowed “Allahu Akbar”.

The tendency to abandon liberals and excuse regressive forces is a general problem. The consequences of doing so means that individuals who embody liberal values, and are therefore more likely to face the tyranny of regressive forces, are not given support. When you have tax-funded, public institutions organise conferences that smear ex-Muslims as native informants, and portray liberal Muslims as imperialist stooges, the concept of solidarity is demeaned beyond recognition.

When the agglomerate of student unions, The NUS, aligns with a pro-jihad group that can’t condemn the chopping of adulterers’ heads, and when it supports banning feministsand banning philosophy societies, these progressives have scorched the principles that underpin a progressive society: challenging bigotry and intolerance; supporting freedom of speech; and, critically, extending solidarity to liberal – rather than reactionary – forces in minority communities.

This can be solved by abiding to universal values. That, irrespective of gender, racial and sexual differences, we as humans are fundamentally the same, and are thus deserving of the same rights. This is why I’m a Eustonite. I believe a significant chunk of the left don’t believe we are deserving of equal rights and don’t believe some values are better than others. They’re paralysed by a racism of lowered expectations. This has disfigured their moral clarity and led them to indulge reactionary forces. They need to be exposed and rebutted.

We need to reaffirm the values of democracy and universal rights. This is not just for the sake of our society but, more importantly, for the sake of solidarity with individuals tyrannised by different cultures, espousing the principles that underpin free societies with utmost bravery. 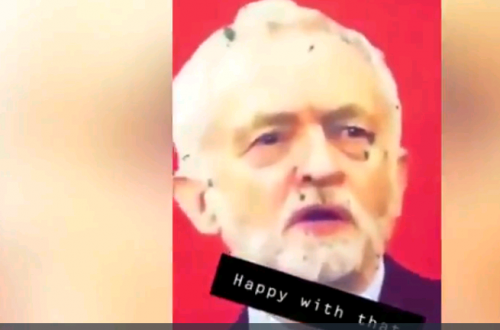 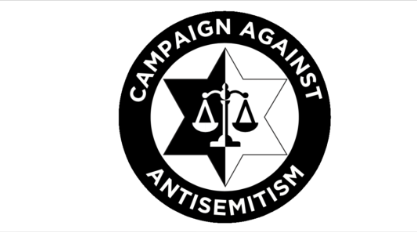