The Online Hate Prevention Institute (OHPI) has produced a report in the wake of events in Paris.  ‘Je Suis Humain: Responsible free speech in the shadow of the Charlie Hebdo murders.’ As well as analysis of the free speech issues raised by some responses to the killings, the report offers a series of recommendations.

Whereas some have sidelined the murders of four Jews, OHPI discusses these with specific reference to Muslim antisemitism.

The targeting of Jews in terrorist attacks is not accidental, but rather ideologically driven. This growth of antisemitism must therefore be tackled to safeguard not only the Jewish community, but society as a whole. The weakening of anti-racism groups’ efforts to tackle antisemitism must be addressed, as must the importation of a culture of antisemitism from the Arab world into France, and Europe more generally. Tackling antisemitism will help to tackle radicalisation more broadly. (p. 4)

OHPI is alert to the slippage between antizionism and antisemitism and to the dangers of antiracists being drawn into indiscriminate solidarity with ‘recent immigrants some of whom may hold antisemitic views’ (p.4).

This forthright analysis pulls few punches.  It’s somewhat unusual (though not unwelcome) to see this informed and honest analysis of antisemitic discourse sit alongside some sharp criticism of anti-Muslim bigotry in the media (mostly social media, a key concern for OHPI).

Andre Oboler kindly responded to some questions about the report and I think he and I differ on two key points:

The relationship between ‘free speech’ and ‘hate speech’.

Charlie Hebdo’s determination to caricature the Prophet Mohammed in a “dumb and nasty” manner can be seen in the abstract as “punching up” against the power of religious orthodoxy, but in reality it is “punching down” against a largely marginalised Muslim minority in France. It sends the message that those of Muslim faith must give up their religion in order to belong to French society. (p. 8)

For this reason, OHPI doesn’t care for the #jesuischarlie tag, which it finds divisive. Although I disagree with their analysis, I used to have a similar view of Charlie Hebdo myself.  And I accept the larger point they are making – if the cartoons had been truly hateful and anti-Muslim I wouldn’t want to express solidarity in the same way I do with Charlie Hebdo. (Although, obviously, I’d still condemn the killings.)  I also accept that Muslims may prefer not to use the #jesuischarlie tag, or retweet the cartoons, while still unhesitatingly defending other people’s right to publish them, and unequivocally condemning the murders.

The report sets out to police the boundary between criticism of Islam and ‘the promotion of hate against people who are Muslim’ (p. iv). Without dismissing French laïcité, it asserts the legitimacy of a more multicultural approach in Australia.

“We believe speech which impacts on the public good of a socially cohesive society should be unlawful. We also believe that comments on a matter of public interest should be exempt from censorship provided they are made reasonably and in good faith.” (v)

This wish to restrict freedoms in the interest of cohesiveness is the mirror image of laïcité, which the report maintains (and I am inclined to agree) restricts people’s freedoms without fully sufficient cause.  I’d go along with OHPI if it only wanted to see censorship on particular social media platforms but I gather they would like to see a complete ban.

However – though I think we reach different conclusions – I found their analysis of what might be considered ‘hate speech’ against Muslims very interesting.

Cartoons portraying Muslims through negative stereotypes, using Mohammed to symbolise all Muslims, should be considered a form of hate speech. (p.18)

And it’s really worth reading the whole of the long discussion of both antisemitic and anti-Muslim images (pp. 13-21). The report concludes with a catalogue of cartoons, considering whether or not they should be considered hate speech. A careful distinction is drawn between Islam and Muslims. However, there’s a bit of a difference between saying ‘Islam: it’s total bullshit’ (p.22) and saying, to invoke a fairly common trope, ‘Islam is a cancer that must be wiped from the face of the earth.’  (Compare also that recent example of graffiti in Birmingham.) Perhaps because OHPI would like to see hate speech banned, it sets its bar quite high.  I’d certainly raise my eyebrows if I saw the second image on p.22 being circulated (by contrast with the ‘he drew first’ cartoon on p. 23 which was a very powerful response to the Charlie Hebdo killings.)

As an analysis, the final recommendation seems fair enough.

That content be considered anti-Muslim hate speech when, for example, it: dehumanises Muslims; stereo-types all Muslims, for example as terrorists; advocates the exclusion of Muslims from society, such as content claiming Muslims can’t be a part of society; denies human rights to Muslims; holds all Muslims responsible for the acts of extremists; or applies a double standard to Muslim communities or Muslim countries, for example making demands which would not be made of other countries in similar circumstances. (p. 28)

But I wouldn’t like to see such content banned.  It echoes elements of the EU working definition antisemitism, and I wouldn’t want to see those who disproportionately criticise Israel prevented from doing so, just called out on it.

So – to sum up –I think I agree with much of the working out here, but not with the actual answer. On their website OHPI asserts:

No – but it does mean supporting others’ right to do so. And the fact that OHPI seems to imply that Charlie Hebdo should be categorised as actual hate (although none of its cartoons was analysed in that interesting taxonomy) is a reminder of the difficulties involved in making judgements over what should, or should not, be protected as free speech. However I completely agree that we should identify and critique anti-Muslim bigotry – and sometimes criticism of Islam can be a vector for anti-Muslim bigotry just as criticism of Israel can, though need not be, antisemitic. 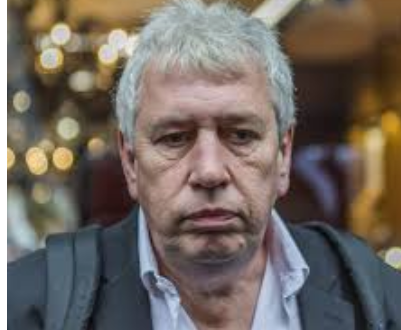 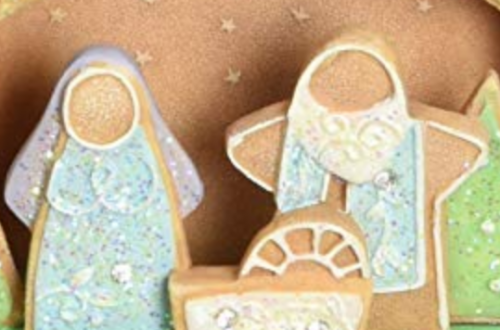