The veil is a garment many find offensive.  This is, in part, because it seems to threaten many of our cherished values and hard won rights.  Representations of Muhammad and mockery of Islam are also offensive to some.  For this reason Student Union officials at the LSE intervened when they saw representatives of the LSE Atheist, Secularist and Humanist Society wearing Jesus and Mo T-Shirts.  Here is part of their statement (pdf, and worth reading in full):

At the end of this conversation, five security guards started to position themselves around our stall. We felt this was a tactic to intimidate us. We were giving an ultimatum that should we not comply immediately, we would be physically removed from LSE property. We made it clear that we disagreed strongly with this interpretation of the rules, but that we would comply by covering the t-shirts. When we covered our t-shirts with jackets, the head of LSE security told us that “this was not enough”, and that we had to zip up the jackets. When we zipped up the jackets, we were told that this was still not enough, as the word “prophet” was still visible at the top. After that, the head of LSE security told us that as he believed that we might open the jackets again when was going to leave, two security guards were going to stay in the room to monitor our behaviour. These two security guards were following us closely when we went in and out of the room. We felt that this highly unnecessary and geared at intimidating and humiliating us in front of others.

Some cartoons involving Islam/Muslims are pretty nasty and if something really lurid and hateful was on display then those complaining might have a point.  But Jesus and Mo, while sharply satirical, is indeed ‘non-violent and non-racist’, to quote from the same statement.  I’m not saying that no one could find the T-Shirt offensive – but I’m sure most of us could find something to offend us at other societies’ stalls, without wanting to ban such displays.

Here’s a good statement from Andrew Copson of the British Humanist Association:

Andrew Copson, Chief Executive of the British Humanist Association (BHA), commented, ‘The LSESU is acting in a totally disproportionate manner in their dealings with our affiliate society. That a satirical webcomic can be deemed to be so offensive as to constitute harassment is a sad indictment of the state of free speech at Britain’s Universities today. This hysteria on the part of the SU and University is totally unwarranted; intelligent young adults of whatever beliefs are not so sensitive that they need to be protected from this sort of material in an academic institution. Our lawyers are advising our affiliated society at LSE and we will be working with them, the students, and the AHS to resolve this issue.

At the LSE Students’ Union Fresher’s Fair on Thursday 3 October two students from the LSE SU Atheist Secularist and Humanist Society (ASH) wore t-shirts that were clearly designed to depict Mohammed and Jesus in a provocative manner.

Update This story from Reading, via @AlexGabriel, is perhaps still more worrying. The university’s atheist society has been disaffiliated because it refuses to undertake not to cause offence. 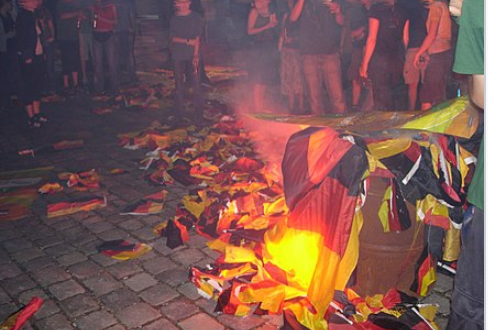 Flag burning – should it be a crime? 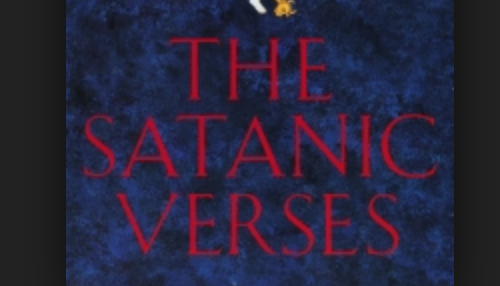 Mobeen Azhar surveys the impact of the Rushdie affair 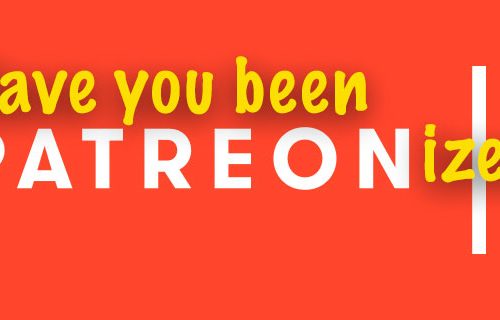