Back in 2006 Republican Congressman Chris Smith of New Jersey earned my admiration with his powerful denunciation of American internet and technology companies for “a ‘sickening collaboration’ with the Chinese government and for ‘decapitating the voice of the dissidents’ there.”

So I was especially disappointed to read that Smith has become an apologist for the antisemitism-tolerant Fidesz party government of Viktor Orban in Hungary:

A new project by the Hungarian government to burnish its image in Washington appears to be paying off, as the head of a new organization created as a non-profit to advance Hungary’s interests in the U.S. won a statement from a New Jersey Republican congressman defending Hungary from charges of anti-Semitism.

In the statement, Rep. Chris Smith cited “the long list of significant actions the Orbán government has taken to combat anti-Semitism in Hungarian society” and dismissed criticism from Jewish leaders and others as “unfair, involving double standards, misrepresentatíons, and inaccurate information.”

In the statement, submitted for the record for a Helsinki Commission meeting which Smith couldn’t attend, Smith writes that he’s sure Hungary will effectively deal with the persistent social problem of a right-wing extremist party that has made shocking statements about Jews, Roma, and gay people.
….
Smith goes on to write that he perceives the criticism of Orban’s government for not dealing effectively with the problem as unfair. He argues that the Obama administration is particularly unqualified to levy criticism at Orban because of Obamacare.

[T]he administration, in criticizing the Orbán government’s adoption of a new constitution, claims in its written testimony that in “fundamental” matters, “the process must lead to a consensus built from a cross-section of society, rather than reflect only the opinions of the ruling coalition. . . the lack of serious consultation with different sectors of society, did not honor the democratic spirit. . .” Anyone familiar with the passage of the Obamacare legislation might well question whether this is a message our government is ideally situated to deliver. Certainly it should have avoided the rude insinuation about democracy.

…..
Yet Orban has been roundly criticized for not doing nearly enough to stop the aggressively anti-Semitic and anti-gay rhetoric of the far-right nationalist party Jobbik, whose members have called for a national registry of Jews in Hungary and described them as a “national security risk.”

“Disturbingly, Prime Minister Viktor Orban took almost a week to add his voice to the reprobation with a vow to protect his country’s 100,000 Jews, though he didn’t denounce Jobbik by name,” wrote Bloomberg’s Max Berley in December. “Unfortunately, the delay wasn’t much of a surprise: In solidifying his hold on power, Orban has shown a disquieting tolerance for Jobbik, the third-biggest party in Parliament, and for its bald appeals to the politics of resentment.”

In June of last year, Holocaust survivor and Nobel laureate Elie Wiesel returned an award he’d received from the Hungarian government in 2004 as an act of protest against the speaker of Hungary’s parliament attending a memorial ceremony for an infamous Nazi sympathizer named Jozsef Nyiro.

Just this month, Hungary was forced by FIFA to play a soccer World Cup qualifier in an empty stadium because of the problems with crowds of extremist anti-Semitic fans.

By contrast Democratic Senator Ben Cardin of Maryland, who co-chairs the US Helsinki Commission with Smith, has been outspoken in his criticism of the Orban’s government’s failure to take a firm stand against the antisemitism and racism of the far-right Jobbik party.

At issue in the face of these anti-Semitic and racist phenomena is the sufficiency of the Hungarian Government’s response and its role in ensuring respect for human rights and the rule of law. And the government’s response has been, to say the least, wanting.

First, it has been a hallmark of this government to focus on blood identity through the extension of Hungarian citizenship on a purely ethnic basis. The same Hungarian officials have played fast and loose with questions relating to its wartime responsibilities, prompting the U.S. Holocaust Memorial Museum to issue a public statement of concern regarding the rehabilitation of fascist ideologues and political leaders from World War II.

I am perhaps most alarmed by the government’s failure to stand against the organized threats from Jobbik. For example, in late August a mob estimated at 1,000 people terrorized a Roma neighborhood in Devecser, taunting the Romani families to come out and face the crowd. There were reportedly three members of Parliament from the Jobbik party participating in that mob, and some people were filmed throwing bricks or stones at the Romani homes. The failure to investigate, let alone condemn such acts of intimidation, makes Prime Minister Orban’s recent pledge to protect “his compatriots” ring hollow. 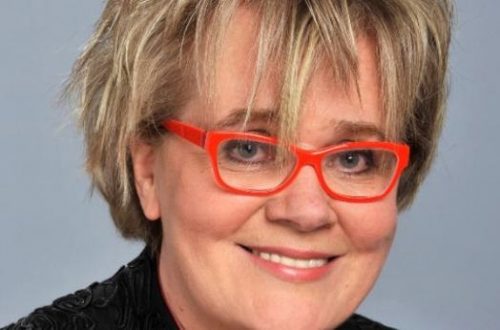