President Kirchner of Argentina is repeating her call for “dialogue” with Britain over the status of the Falkland Islands.

“We do not ask that you (the UK) say we are right, just sit and talk with us,” she said.

Nothing wrong with sitting and talking of course – but it helps in politics, especially foreign affairs and diplomacy, if you sit and talk with the relevant people.

On Sunday, the people of the Falkland Islands, will make a clear statement, when they hold a referendum on their political status.

The 2,800 people who live on the Islands will be asked the very straightforward question: “Do you wish the Falkland Islands to retain their current political status as an Overseas Territory of the United Kingdom YES OR NO?”

Once the people have given their answer, if Kirchner is a democrat and if she accepts the principle of self-determination, she should begin her dialogue.

Should the Falkland Islanders vote to end their relationship with the United Kingdom, which seems unlikely, then she could offer all manner of assistance and co-operation to an independent Falkland Islands.

Should the people, vote to retain their status as a voluntary ‘Overseas Territory of the United Kingdom’ then Kirchner would also have plenty of subjects for the dialogue she craves:

Here are a few issues, raised by the Island’s government, that she might want to discuss:

“We want nothing more than to have a relationship of cooperation for mutual benefit with Argentina and all of our neighbours. This has proved impossible in recent years. In 1995, we entered a joint agreement with Argentina over hydrocarbons exploration: in 2007 the Argentine Government tore this up. In 1999, the Falkland Islands signed a joint agreement with Argentina to co-operate in a number of areas, including sharing of information on joint fish stocks. Only the Falkland Islands has upheld its side of this agreement; the Argentine Government has unilaterally reneged on nearly every point.

More recent actions such as attempts to ban our ships from entering South American ports, Decree 256 which denies innocent passage of vessels transiting Argentine waters, the banning of charter flights in support of our tourism industry, laws threatening sanctions against companies involved in peaceful commerce in both countries, all point to a desire by Argentina to frustrate our international trade and attempt to isolate us.”

Seems like there is plenty to talk about Mrs. Kirchner.

Meanwhile, the fantasies of Argentine expansionists, might be calmed somewhat if the United States were to take a clear and principled stand on the matter, instead of washing its hands on what should be a very straightforward matter for any supporter of democracy. 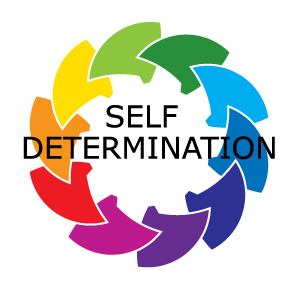 Labour on Racism and Diane Abbott