Nick Cohen in the Observer on the 10th anniversary of the overthrow of the fascist dictator Saddam Hussein:

It’s 10 years since the overthrow of Saddam and 25 since he ordered the Kurdish genocide. I can guarantee that you will not hear much about Saddam’s atrocities in the coming weeks. As Bayan Rahman, the Kurdish ambassador to London, said to me: “Everyone wants to remember Fallujah and no one wants to remember Halabja.” Nor, I think, will you hear about the least explored legacy of the war, which continues to exert a malign influence on “liberal” foreign policy.

Iraq shocked liberals into the notion that they should stay out of the affairs of others. Of itself, this need not have been such a momentous step. A little England or isolationist policy can be justified on many occasions. There are strong arguments against spilling blood and spending treasure in other people’s conflicts. The best is that you may not understand the country you send troops to – as the Nato governments who sent troops to Iraq did not. But unless you are careful you are going to have difficulties supporting the victims of oppressive regimes if you devote your energies to find reasons to keep their oppressors in power. Go too far in a defence of the status quo and the idea soon occurs to you that an oppressive regime may not be so oppressive after all. 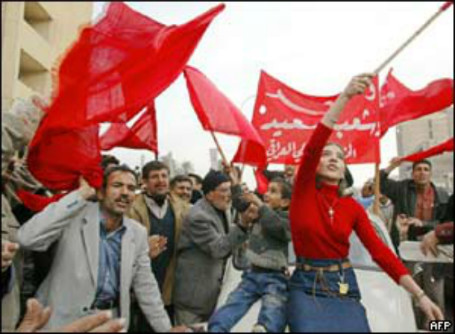 And while we are on the subject…here is John Singer of the Humanitarian Intervention Institute giving a BBC panel a timely reminder:

Khashoggi’s Death Reminds Us of the Frailty of Free Speech

Far Left “Vigil” Convinces No One