Following his conviction, Delwar Hossain Sayedee is to hang:

A special war crimes tribunal in Bangladesh has sentenced the leader of an Islamic political party to death for crimes stemming from the nation’s 1971 fight for independence, a politically charged decision that sparked violent protests.

The Jamaat-e-Islami leader Delwar Hossain Sayedee was found guilty of eight counts out of 20 involving mass killings, rape and atrocities during the nine-month war against Pakistan, the prosecutor Syed Haider Ali said. The verdict was announced by the presiding tribunal judge ATM Fazle Kabir in a packed courtroom.

“Justice has been done to those who lost their loved ones at the hands of Sayedee,” Ali said.

Sayedee has been a guest of honour at the East London Mosque.

The Department of Communities and Local Government has identified the links between the South Asian Islamist party, Jamaat-e-Islami, and the East London Mosque.

“The [Jamaat-e-Islami (“JI”)] helped to create and subsequently dominate the leadership of the MCB, currently the largest Muslim umbrella body in Britain, with around 500 affiliates representing a broad set of orientations. Vying for the leadership of the MCB are the Pakistani and Bangladeshi wings of JI, alongside the Muslim Brotherhood and some politicised Deobandis. The current Secretary General is the Chair of the East London Mosque, the key institution for the Bangladeshi wing of JI in the UK.”

The East London Mosque houses the Islamic Forum Europe, a controversial organisation which is also aligned with Jamaat-e-Islami, which was the subject of a recent Channel 4 Dispatches documentary. It was established by Choudhry Mueen Uddin, who is facing similar war crimes charges – but who will, of course, not be extradited to face execution.

The conviction has also been condemned by Farooq Murad of the Muslim Council of Britain, who has a letter in the Independent today:

We will continue consistently to call for human rights to be upheld throughout the Muslim world: be that Egypt, Tunisia or Bangladesh

This is rubbish. Murad is the son of Jamaat-e-Islami Pakistan’s former Vice-“Amir”. As an Islamist party, it supports human rights abuses by other Islamist groups, and selectively opposes only those that threaten Islamists or Jihadists.

I oppose the execution, even of this evil man, and would have preferred an international tribunal to a domestic one. However, this conviction has, at last, thrown a spotlight on the politics of the British Islamist scene. That is no bad thing. 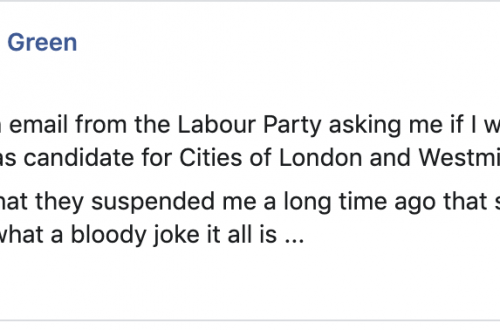