This is a cross post from Stand for Peace

Over the past few decades, the unholy alliance in the West between Islamist groups and the far-Left has appeared resilient to ideological differences. But while these groups have collaborated in support of violence against Israel and over a mutual hatred for Western values, the question of Syria — and the regime’s violence against Palestinian refugees — is now triggering a powerful division. The far-Left remains broadly supportive of Assad, while Islamist groups now call for the destruction of the Syrian regime. Why is it that these ostensibly disparate ideologies can work together for the destruction of the Jewish State but are left divided when it comes to the Arab slaughter of Palestinians?

In November, the Working Group for Palestinian Refugees in Syria quietly released a report claiming that 672 Palestinians have been killed in Syria since the beginning of the uprising in early 2011. In recent months, Syrian warplanes have attacked the al-Yarmouk refugee camp in Damascus, killing scores of Palestinians, according to the Syrian Observatory for Human Rights. Despite the murderous attacks carried out by Assad’s forces, there has been little condemnation from ‘pro-Palestinian’ organisations in the West. Such groups have instead spent their time concentrating on November’s conflict between Israel and the Palestinian terror group Hamas. The fighting led to 177 Palestinian deaths, of which 120 were terrorists. According to the United Nation’s own figures, this ratio of civilian to combatant deaths is the lowest for any asymmetric conflict in the history of warfare. In contrast, the estimated ratio for NATO’s operations in Afghanistan has been three civilians for every combatant killed.

In the streets of Western cities, Israel’s conflict with Hamas sparked huge protests by anti-Israel groups. In London, many thousands of people protested outside the Israeli embassy, waving the flags of terror groups Hamas and Hezbollah. The rallies went on for several days, with high profile journalists and politicians, including leading Labour Party MPs, addressing the crowds and calling for “justice”. In contrast, these same groups have not held a single rally against Assad regime’s murderous attacks over the past two years, despite the 60,000 dead. At the end of December, another rally outside the Israeli embassy in London was organised to protest Israel’s Cast Lead military operation — all the way back in 2008 — against Hamas rocket fire. It seems that in the anti-Israel groups’ haste to avoid criticising the Syrian regime, even Israel’s legitimate acts of self-defence four years ago are more worthy of moral outrage than Assad’s current killing spree. It would appear that the efforts made by the Jewish State to defend itself are deplorable, while the wholesale slaughter of 60,000 Syrians and Palestinians by Arab despots is, at worst, morally ambiguous.

Among the Palestinians themselves, there is a similar disunity. While Left-leaning Palestinian groups such as the Popular Front for the Liberation of Palestine are fighting alongside Assad’s forces, Islamist terror groups such as Hamas have become staunchly opposed to the Syrian regime.

In Britain, the far-Left at best refuses to condemn the Syrian regime, and at worst, it openly supports Assad. Most of the UK’s Muslim Brotherhood groups, however, oppose the regime and call for the violent overthrow of Assad. Why is this split in opinion a new development? What of the clash between socialist values and Islamist theocracy? How does the far-Left’s supposed support for gay rights work with Sharia law? Or the Islamists’ barefaced hatred for liberal democracy? All these questions should have divided the network of anti-Western ideologies a long time ago.

In a sign of the changing landscape, it was the Palestine Return Centre (PRC) which produced the report detailing Palestinian deaths in Syria. The PRC is considered a key advocacy group for Hamas in the UK. Their report into the Palestinians’ plight in Syria marked one of the very few times that the conditions for Palestinians in Arab countries have been discussed by groups which declare themselves to be “pro-Palestinian”. This is in spite of the repression and discrimination that Palestinian refugees have always suffered in other Arab states, such as Jordan, Kuwait and Lebanon. The PRC’s report was released quietly — media coverage was limited to a few Arab newspapers, and groups such as the Palestine Solidarity Campaign carried no mention of the publication at all.

As Hamas began distancing itself from the Assad regime, the PRC has adjusted its rhetoric towards Syria’s actions accordingly. At the beginning of the uprising, the PRC published pieces praising the Syrian regime for its hospitality towards Palestinian refugees. One piece even claimed that Palestinians were better off in Syria than anywhere else. Recently however, the PRC has released statements condemning the “Assad regime”. It is interesting that while the PRC was listed as an official sponsor of the 2011 Al Quds rally — an annual anti-Israel March through London in support of the pro-Assad Iranian Government – the group was nowhere to be found on the official literature for the 2012 rally.

British far-Left groups such as the Stop the War have mostly managed to avoid talking about Syria; or instead, they focus on condemning any prospect of Western support for rebels as evidence of “imperialism”. Stop the War convener Lindsey German has backed the “right” of Russia and China to oppose UN resolutions that censure the Assad regime. In January, when Stop the War organised a demonstration “against intervention in Iran and Syria”, the speakers were all representatives from far-Left groups. Islamist organizations were conspicuously absent.

The Palestine Solidarity Campaign (PSC), whose committee is run by members of several leading far-Left groups, also remains carefully silent. Their website, updated daily with polemics against the “Zionist regime”, has managed to avoid entirely mentioning Syria and its killing of Palestinian refugees. When questioned on its silence by the journalist Jonathan Freedland, the PSC refused to condemn Syria’s murder of Palestinians and declared they “don’t take sides”.

A number of leading figures in Britain have even adopted an openly pro-Assad position. Syrian State News has reported British MP George Galloway saying that, “the global war currently being waged on Syria is similar to the one waged against Egypt in 1956 … Syria will be victorious over this war under the leadership of President Bashar al-Assad similar to the victory of the late Jamal Abdelnasser”.

The Communist Party of Great Britain (Maoist-Leninist) eschews any caution, declaring: “This congress salutes the people and leaders of Syria in their continuing resistance to the murderous Islamist rebellion fomented by the West … Victory to Syria! Victory to President Assad! Death to imperialism!”Where it all gets interesting is with those groups that attempt to fuse together Islamist and far-Left ideology. Pro-Hamas group Viva Palestina, led by George Galloway MP, is one such example of a far-Left – Islamist alliance falling apart over Syria. In the past, Viva Palestina has collaborated closely with the Muslim Brotherhood in Britain, as well as leading far-Left groups.

In 2012, Galloway announced his intention to send Viva Palestina’s ‘convoy to Palestine’ through Syria. In outrage, a number of groups pulled out of the planned convoy. Abdul Wahab el-Sayed Omar, of British Solidarity for Syria, said: “They could easily go through Egypt instead. The only explanation I can see is that this is a propaganda move aimed at helping the Syrian regime.”  In May 2012, the Viva Palestina convoy, led by Galloway, entered Syria without their customary Muslim Brotherhood contingent. As expected, the convoy’s presence was exploited for purposes of Syrian propaganda, and was received by the governor of Latakia and the local Ba’ath Party secretary. The convoy members thanked the Syrians for their hospitality and publicly denounced the West’s pressure on Syria to stop the massacres.

The divisions manifesting between the far-Left and their erstwhile Islamist allies are intriguing. There is no true moral disparity; the cause of disagreement is purely ideological. For Hamas and its supporters in the UK, Palestinians dying in Syria offers the recruitment tool to establish Muslim Brotherhood Islamism in a post-Assad state. For the far-Left, Assad’s killing of the Palestinians is necessary in the greater fight against “Western imperialism”. While Islamist alliances with the far-Left were once kept strong through a mutual hatred of Jews and the West, the slaughter of Palestinians in Syria has become a question of priorities – that is, should Palestinian deaths be useful or necessary?

It is this nihilism that explains why the far-Left – self-declared champions of human rights and liberalism — has never exhibited revulsion for their Islamist allies’ support for the subjugation of women, hatred of homosexuals and support for terrorism against Jews. Instead, the divergence has come about over what sort of tyranny should repress the Syrian people. Should it be Galloway’s Assad? Or the PRC’s Muslim Brotherhood? For the lone Syrian liberal, whether exiled in Britain or fighting in Syria, the choice is bleak. Meanwhile, the Palestinian people — exploited, sacrificed and betrayed for decades by the ideological designs of the far-Left, Arab nationalists and Iranian Islamists — face a future that looks to be just as awful as their past. 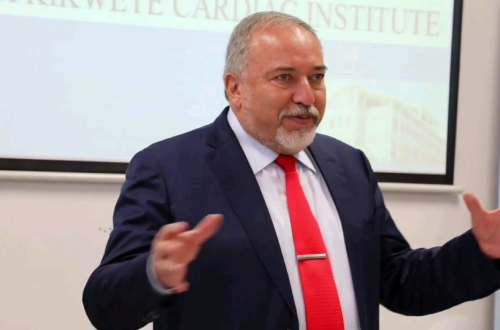 Palestinian Chiefs Torture their own Citizens