This is a cross-post by Marc Goldberg

It is all coming out now, the prisoner who hanged himself in a jail cell specifically built to prevent such an action from taking place was a Mossad spy called Ben Zygier who also took the names Ben Alon, Ben Allen, and Benjamin Burrows.

A great deal of column inches are going to be devoted to this man over the coming days and weeks as events surrounding this alleged Australian/Israeli spy emerge. We may never know exactly what he did or failed to do that led to his downfall but I think that there is enough information already in the public domain to start making an educated guess based on the information that has already come out.

According to the Australian publication The Age, Ben Zygier was not only under investigation by the Australian Security Intelligence Organisation (ASIO) but also by the publication itself. In early 2010 their Middle East correspondent, Jason Koutsoukis, spoke to him on the phone asking him if he was, in fact, a Mossad spy. In an article on The Age, journalist Ruth Pollard reveals that:

Fairfax Media spoke to Mr Zygier in Israel in early 2010 after learning that ASIO was investigating at least three dual Australian-Israeli citizens who had emigrated to Israel in the past decade.

His response wasn’t exactly what you might have expected from an innocent man who had been accidentally caught up in the events going on around him. This is how his comments to the journalist on the other end of the line were reported:

‘Who the f— are you?’ an incredulous Mr Zygier asked Fairfax’s then Middle East correspondent Jason Koutsoukis. ‘What is this total bullshit you are telling me?”

Compare that with the response by one Melvyn Mildiner, whose name was on one of the passports allegedly used by Mossad agents in Dubai and who also strenuously denied the accusation that he was a Mossad spy. He told the Jerusalem Post that:

I’m looking into what I can do to try to sort things out and clear my name…I don’t know how this happened or who chose my name or why, but hopefully we’ll find out soon…I have my passport. It is in my house, along with the passports of everybody else in my family, and there’s no Dubai stamps in it because I’ve never been to Dubai.

There’s a slight difference between the two reactions, you decide which one is a genuine Mossad spy lying his ass off and which is an innocent man petrified at what is happening around him.

So now we have Ben Zygier at the center of an intelligence scandal involving Israel and Australia with the media starting to shine a light on  affairs that are usually carried out in the dark. According to the same article quoted above The Age spoke to people who knew Zygier on the campus in Australia where he was ostensibly studying for an MBA, and wrote that:

A source at the time observed him over several days sitting with a group of students from Saudi Arabia and Iran at the university’s Caulfield campus.

Zygier was a Mossad spy working in Australia, his role was most likely to recruit students from Middle Eastern countries who could be used as sources within their countries of origin. These people would be able to move around far more freely than foreigners and such people have proven useful to Israeli intelligence in the past. Those studying for an MBA in English are likely to go back home and find jobs that will prove useful to the Mossad. An example of one such source in Lebanon was reported no long ago.

But at some point Zygier went from being an Israeli spy to doing something that necessitated his imprisonment under the harshest of conditions. For me, the only thing that means is that he betrayed us, but who to?

It’s hard for me to believe that Zygier would simply sell Israel down the river to the highest bidder. I’m not saying it’s impossible but this is someone who was a qualified lawyer and could happily have gone and worked in a legal firm for a lot more than the Mossad would ever pay him. Also his upbringing in a Zionist household as well as his army service (apparently in combat unit) simply don’t paint a picture of a drug-taking money hungry Jonathan Pollard type.

That scenario doesn’t play with me, but what plays very well indeed is that the ASIO got their hooks into him. They took him away for interrogation with regards to the identity fraud and they broke him, then they started using him as their own man. Since they had his real identity, the Australian Intelligence service would have had a lot of leverage to hold over Zygier once he was in custody. They knew who his family were and they got to him.

Once Israel caught their man and threw him in prison the Australians abandoned him to his fate. What else could they do? He was already spying for both countries and if he hadn’t told the Israelis what he was doing for the Australians it would have become obvious had the Australians pushed too hard to get him back. And in any case in affairs of this sort the source, unlike the agent, is thrown to the wolves.

As for Zygier himself, sitting there alone in his cage, a traitor to both his country of origin and the country he swore to serve, he would have known that he was an outcast wherever he went. He betrayed the Australia his family has been so successful in as well as the country they brought him up to believe in.

In his mind he had only one course of action left open to him. 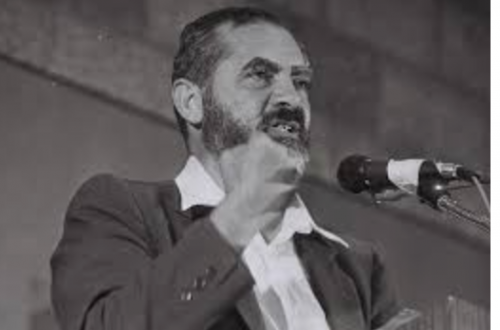 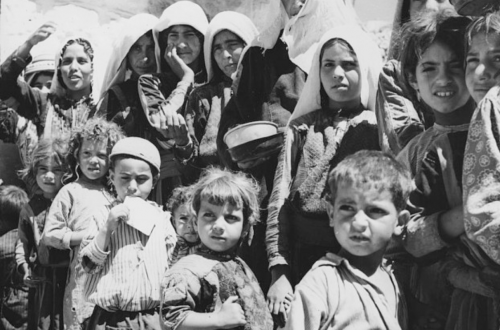 In First Jewish refugees from the MENA debated in UK Parliament