This is a cross post from Phil of A Very Public Sociologist. The view represented is his own and does not represent that of Harry’s Place. We cross post it, with his permission, as it is about us and Phil knew Harry before Harry’s Place. 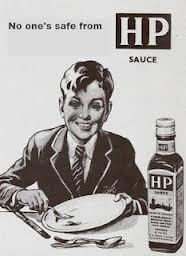 According to their archive, yesterday marked the 10th anniversary of the – take your pick – celebrated/notorious Harry’s Place. Whatever you think of the line it pushes, Harry’s Place has played its important part in the evolution of British political blogging – even if only to inspire opponents to take to the field against it.

But before writing about Harry’s Place proper, I have a confession to make. Just as Spike Milligan spoke about his part in Hitler’s downfall, I played a similarly minor, supporting role in the circumstances surrounding the foundation of Harry’s Place.

10 years ago found me moderating the well-lovedUK Left Network discussion list. I was also a paper member of and keyboard warrior for the cpgb/Weekly Worker. For the 18 months or so before the foundation of HP, the list would tear itself apart in convulsion after convulsion. At the heart of many a storm was a mysterious journo styling himself as ‘Harry Steele’, which was a providential name from the internecine squabbles of British communism. ‘Harry’ took umbrage at the peculiar sect he believed was hijacking the original Communist Party of Great Britain’s good name. Or maybe he didn’t and was only in it for the lulz. No one was ever really able to tell.

Anyway, at that time political debate was usually conducted solely within the tired frames common to us all as “revolutionaries” of one stripe or another. It was a matter of trading colourful insults, point-scoring, and defending the integrity of one’s sect or particular interpretation of Trotskyism (and, in a few cases, Stalinism). Because Harry was quite good at trolling cpgb and Socialist Alliance supporters, I was understandably keen at getting shot of him – and managed to ban him on three or four occasions.

Shortly after the last time I booted him, ‘Harry’ set up a short-lived Weekly Workerspoof blog by the name of Sectarian Worker. It was very funny and brilliantly lampooned the pomposity of toy town bolshevism (very much like today’s Proletarian Democracy, in fact). However, I do remember one day clicking the link through to something called ‘Harry’s Place’. It wasn’t funny like SW, it was just Harry under another nom de plume scratching out a few opinions. I clearly remember thinking at the time that this “blogging” thing would never catch on. But I have occasionally mused since that if I’d moderated the UKLN with a rod of iron instead of a soggy breadstick, and had stamped on the sterile sectarian culture instead of fostering it, who knows if things would have turned out differently?

As one of the first UK-based political blogs, Harry’s Place has always occupied something of a strange space in the online world. Probably because of the author’s love affair with all things American, HP has long been an explicitly Antlanticist blog, with one leg on the East Coast and another in London. This is reflected in its collective political stance, if you can call it that. HP feels more like a US Democrat than a Labourist blog, though it does tend to support the latter come election time.

It was this strange space that is probably responsible for HP later becoming one of the few places on the liberal-left you could find supporters for Bush and Blair’s invasion of Iraq. HP contributors and others were, in their opinion, appalled by what they saw as left apologism for Islamist terror and “anti-imperialist” dictators. Chief among the “stoppers” were George Galloway, the SWP, and anyone they regarded as useful idiots for totalitarianism among the liberal commentariat. HP also played a role in the promulgation of the so-called Euston Manifesto, a group for whom democracy and human rights was under threat by a de facto political alliance between the (revolutionary) Western left and Middle Eastern Islamic fundamentalism.

Over time, its conditional support for the War on Terror was displaced by a critical, but unconditional defence of Israel. As this Socialist Unity piece from last year demonstrates, HP’s contributors were not afraid of fighting dirty. And at least on one occasion the site has been on the receiving end of a writ for their “muscular style”.

Their coverage of Israel and Palestine has frequently crossed the line into apologism for the Israeli state’s activities, in my opinion. On occasion, I’ve found their “anti-Islamism” distasteful and bordering on the Islamophobic. Both of these characteristics of HP have earned undying animosity from some quarters, and placed the site on the ‘beyond the pale’ list for many. But despite this, HP have made one very positive contribution: the calling out of anti-semitism.

While I think HP is all too willing to brand critics of Israel as anti-semites, the flip-side of this is their unceasing attacks on what their sometimes friends in the Alliance for Workers’ Liberty call ‘left anti-semitism’. This is the lazy, careless, and idiotic use of phrases, arguments, and deeds that are or could be construed as anti-semitic. For example, this, this, this and this. While HP is extremely critical and hostile towards left opponents of Israeli policies (and especially those who would like to see Israel disestablished), it absolutely underlines the need for those active in Palestinian solidarity campaigns to ensure anti-semitism has no place in their movement.

So, there you have it. That’s Harry’s Place. Often hysterical. Frequently annoying. Always irascible. And fomenting outrage since 2002. Here’s to another 10 years.