As the university term comes to a close, FOSIS, Britain’s Islamist student umbrella group is having a bit of a reshuffle.

One noticeable change is the prestigious FOSIS Chair of London seat. The last chap, Salman Butt was involved in the rather secretive FOSIS meeting with the fanatic Haitham al-Haddad.

But Salman has gone and Muhammed Bin Tahir (he insists on calling himself Abu Ubaidah for some silly reason despite the fact he has no Arab heritage what-so-ever) has stepped into his shoes. He’s an interesting chap.

These are Muhammed Bin Tahir’s favourite quotes from his Facebook page:

‘For me, prison is a place of (religious) retreat, execution is my opportunity for martyrdom’, remember, he’s a student. University is a place where minds are meant to be moulded and open to the free exchange of ideas.  There are other places where one could go to have prison and martyrdom on one’s mind but at University?

The second quote is rather disturbing. It’s out-of-context of course, but if a layman was to read ‘Jihad has been prescribed for you … Allah knows but you do not know’ then what do you think could happen? It’s not as if Islamist student groups don’t have a history of making violent Islamists, right?

And where did Muhammed spend his weekend? Oh yes, the Jihadist conference at the Water Lily, in fact, Ilm Events gave him some free publicity:

Precisely the place you would go if you wanted your daily prescription in ‘Jihad’.

Here is a handy list of Mr Bin Tahir’s other interests:

Amongst the list is the Jihadist groomers of Umar Farouk Abdulmuttalab, Sabeel, who take young Muslim students to midnight retreats. Then there is the Camden Dawah Centre, an Islamist base for proselytising young Muslims (here’s Murtaza Khan in a mad lecture, there). Then there’s Green Lane Mosque of Undercover Mosque fame.

How sad that such a young man would have such twisted interests – but it’s little wonder he’s upcoming talent in FOSIS under Nabil Ahmed.

This is what al-Barrak says on the idea of ‘gender mixing’:

“Whoever allows this mixing … allows forbidden things, and whoever allows them is an infidel and this means defection from Islam … Either he retracts or he must be killed … because he disavows and does not observe the Sharia.

“Anyone who accepts that his daughter, sister or wife works with men or attend mixed-gender schooling cares little about his honour and this is a type of pimping,” Barrak said.

Kill those who speak to the opposite sex! I’m sure he’ll go down a treat with the sisters. Once again, this is not the personal interests of a hate preacher, he’s just a student – and that’s what makes the whole epidemic of campus Islamism so tragic.

This is Murtaza Khan on terrorism:

The ultimate form [of martyrdom] for a man is to die in the way of Allah. That’s why it is always referred to as qital. Fighting, not jihad, as some people try to understand it, because jihad translates as struggle, but the real meaning is qital, to fight.

We [Muslims] did not take down the Twin Towers. You [non-Muslims] yourselves took them down. So in your disguise of “war on terror”, you will kill your own people, because you don’t care about them.

And, here is Murtaza Khan’s take on the West’s perfect trojan horse for indoctrinating the youth in liberal democracy – perfume:

Any woman who comes out of her house, perfuming herself, every single eye that looks at her, she is an adulterous woman.

…
Any woman who comes out of her house, perfuming herself, and every man that smells her, then she is just classified, according to sharia, as an adulterous woman.

FOSIS hasn’t changed. FOSIS can’t change – and young men like Muhammed Bin Tahir will waste away their minds on the dogma and historical inaccuracies of Islamist ideology. 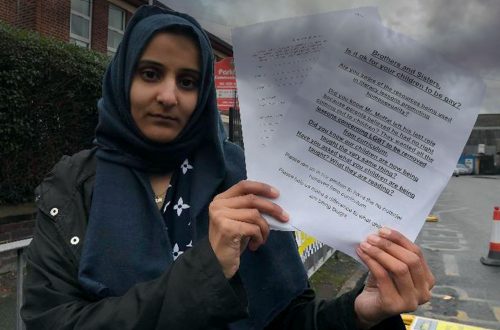 Do Liberals have to choose between Muslims and Gays? 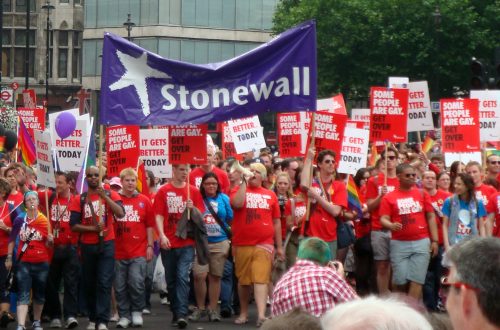 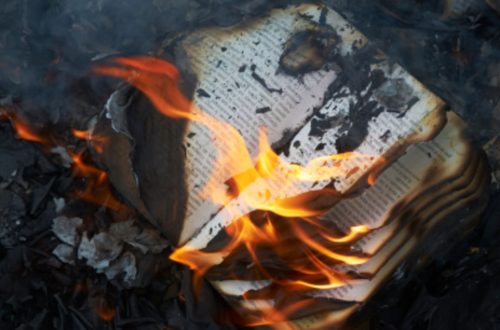