HP readers have already probably heard or read plenty about the Habima production of The Merchant of Venice.  If you haven’t already seen it, I strongly recommend this excellent piece in Monday’s Independent.

The approach to the Globe was full of police vans and officers – and the protestors and counter-demonstrators’ camps were kept quite separate.  Security was very tight with huge numbers of staff, in addition to police, monitoring all the ticket holders.

But – the play’s the thing, and jolly good it was too.  I’ll confess that I had felt some ambivalence about the prospect of standing up for three hours watching a performance in a foreign language.  But it was an inventive, energetic and thoroughly engaging performance – and the (limited) surtitles helped too.

Perhaps surprisingly – and obviously if you don’t understand the language you can’t fully appreciate an actor’s performance – the actors who most stood out for me weren’t the obvious leads, Antonio or even Shylock.  Instead Portia (Hila Feldman) and Nerissa (Rinat Matatov) seemed the most consistently watchable performers – followed closely by Tomer Sharon as Launcelot Gobbo.

Portia was charismatic and commanding, Nerissa a nicely spikey contrast. Portia is an ambiguous character, and it was interesting to see what Habima made of her.  When she first appeared she was tangled up in a web of cords (later used to trap Antonio and Shylock in turn) and I wondered whether she was meant  to be the fly or the spider, particularly bearing in mind Bassanio’s words in the play when he discovers her portrait:

Fair Portia’s counterfeit! What demi-god
Hath come so near creation? Move these eyes?
Or whether, riding on the balls of mine,
Seem they in motion? Here are sever’d lips,
Parted with sugar breath: so sweet a bar
Should sunder such sweet friends. Here in her hairs
The painter plays the spider and hath woven
A golden mesh to entrap the hearts of men,
Faster than gnats in cobwebs

I felt wrongfooted by the casket scene – in which Bassanio correctly chooses lead over gold and silver. Earlier, when the gold and silver caskets were opened by rival suitors, an actor’s head was discovered inside, representing a skull and a fool’s cap in turn.  But, although an actress was carrying the leaden casket, it was in fact only a mask which Bassanio pulled out, a rather strange ‘counterfeit’ of Portia, which put me in mind of Medusa’s head.

Meanwhile – yes, there were some attempts at disruption.  Someone unfurled an Israel/apartheid poster and kept up a plaintive monologue – ‘no violence’ punctuated by shrill screams as she was (I assume) removed.  Later one of her companions appeared to be wearing sticking plaster over her mouth – quite welcome, but odd considering that she had been trying to silence the actors.  Generally people heeded the opening plea to keep calm and not respond to disruption.  But at one point, when an audience member started to recite a Palestinian themed parody of Shylock’s famous ‘Hath not a Jew eyes’ speech, an exasperated ‘piss off’ met with warm applause.

As I left the theatre the protestors were still at it – they had been yelling at us during the interval too from outside- and there was a very strong police presence.  I am relieved that on this occasion, unlike at the Proms, the actors were able to carry on with comparatively little disruption.  The overwhelming majority of people in that audience were there to enjoy a really excellent performance. 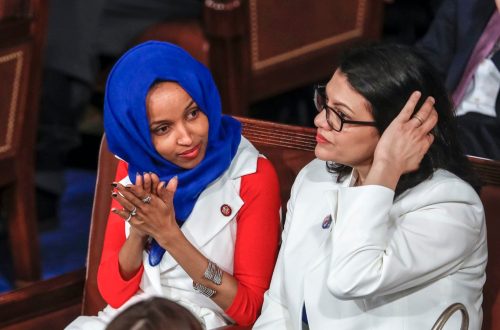 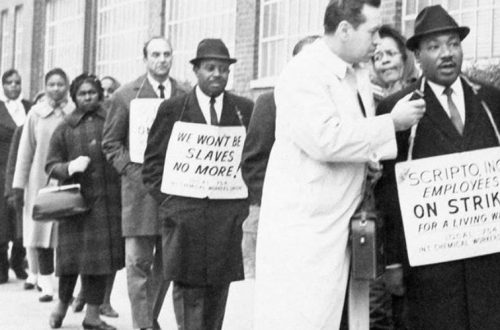 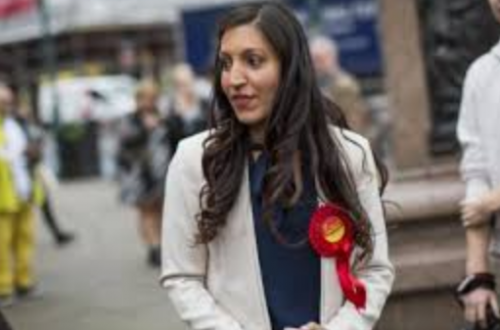