Sadly, I was not surprised to see the rearguard action by the Union of Jewish Students (UJS) to encourage Jewish Societies to write to the Jewish Chronicle regarding the courageous human rights attorney Brooke Goldstein, who was recently banned by some Jewish students from speaking at Leeds campus. This is the same UJS that pressured J-Socs to ban me in February.

In a previous life I was anti-Semitic and an angry anti-Israeli activist. Fortunately for me, I learnt the facts and now campaign proudly for Israel.

Given this and the fact I promote the moderate voice of British Muslims, you would assume that I could be a strong ally of the UJS. You’d be wrong. It was in fact StandWithUs UK who approached me to do a nationwide campus speaking tour, as a follow-up from their ‘Moderate Voices from the Middle East’ series. Appearances were booked all over the country, including at J-Socs as well as with other student groups. However, as the events drew near, it became clear that Dan Sheldon, the UJS Campaigns Director, wasn’t happy with the tour and was determined to see it cancelled.

Why? I had spoken out against their controversial ‘Liberation’ campaign, but I was hardly the only one, and surely in democratic societies we are free to express our opinions and legitimate criticisms. Could the UJS not agree to disagree and move on instead of pursuing a personal vendetta with someone who is willing to do so much for a cause the UJS putatively supports? To this day, not one person from the UJS has contacted me to explain why they felt my presence would be detrimental to the welfare of the students they are supposed to represent.  At the very least, this should have been a decision for the J-Socs, free from pressure.

The irony of these statements of support for the cancelling of Brooke Goldstein is not lost on me. As they laud their support for the independence of each J-Soc to make decisions for the welfare of their campus community, why then was the UJS threatening this ‘independence’ by pressuring J-Soc and Israel Soc leaders to uninvite me?

The offending email from UJS to the student societies opined: “In our judgment Kasim going onto campus will do more damage than good. While Kasim has a perfectly legitimate view, him doing a speaker tour at this time is very controversial and could potentially backfire on the J-Socs, exacerbating tensions and disrupting interfaith relations. We are concerned that he will stir up unnecessary anti-Israel & anti-Jewish sentiment among several hostile groups on campus. It might be interesting and enthuse a handful of students but it could not come at a worse time.”


At this point, a number of messages from individuals at J-socs emerged. One such text message read:

‘Hey, I’m sorry to have to tell you this but j-soc cannot host kasim. I have heard he has spoken badly of UJS and its campaign director and for this reason j-soc cannot host him. I do hope kasim will be able to speak at our university. I personally am very interested in what he has to say, but this will need to be independent of j-soc.’

Despite this, I received constant support from StandWithUs; the reactions from students – both Jewish and non-Jewish – was amazing and I believe it was an overwhelming success. Some students even travelled to other cities to hear my talk. This opposition by UJS was disheartening and upsetting, but ultimately we were able to do what was right for Israel on campus. I have since joined the StandWithUs UK Advisory Board and I am looking forward to working with them and indeed with the rest of the proudly pro-Israel community in Britain. Following the tour’s success, I have been invited to speak all over Britain, and even overseas.

My hope now is that under new leadership the UJS will be able to cast aside such petulance and embrace voices like mine and those of truly pro-Israel organisations. Let’s move away from these petty rivalries and territorial behaviour and realise that in order to be a truly powerful force for good, we must be united.

People such as Brooke Goldstein and I are putting ourselves forward, at no small risk, to reach out to others for Israel’s benefit, and yet both of us have been treated with contempt.  Before I and others like me become any more disillusioned, I ask you: don’t push us away; embrace us.

Kasim Hafeez recently completed a nationwide speaking tour in the UK entitled ‘The Day I Stopped Hating Israel’. He sits on the Advisory Board of StandWithUs UK. This is a longer version of a letter from Kasim which published in the Jewish Chronicle.

Venezuela: What Would Corbyn Do? 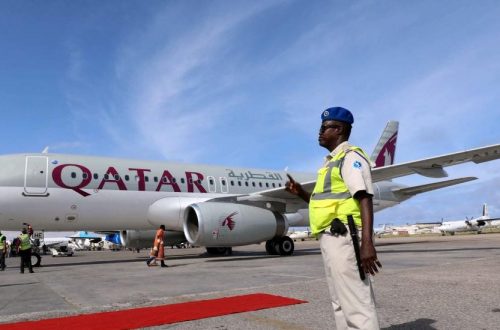 Terrorism Financing: How Qatar Again Finds Itself Embroiled in Controversy