I don’t normally repost straight news stories about the Israel-Palestine conflict, because that is covered well by various newspapers and other online news sources.

However, remarkably, this story doesn’t appear to have made it into the BBC or the Guardian:

The mourners accused the Popular Front for the Liberation of Palestine (PFLP) of endangering their lives during Sunday’s protest on Israel’s border, by encouraging them to put themselves in the line of fire.

The crowd chanted slogans against Maher al-Taher, PFLP spokesman and politburo member, and set fire to the PFLP headquarters. There are additional reports that Khaled Meshal, Hamas political leader in Damascus, arrived at the camp but was forced to leave.

I don’t think I’ve seen this, from the Reform Party of Syria, reported either:

The Reform Party of Syria has learned today, from intelligence sources close to the Assad regime in Lebanon, that Syrians storming through the Golan Height next to the Quneitra crossing are Syrian farmers who have migrated in recent years from the drought-stricken northeast Syria to the south. Estimates put the number at 250,000 impoverished migrants.

Information received cite the regime has paid hundreds of these farmers $1,000 each to show-up and $10,000 to their families should any of them succumb to Israeli fire. In Syria, an average salary is about $200 a month and to these impoverished farmers, such a one-time sum can keep them economically afloat for six months.

UPDATE – via Elder of Ziyon, this video shows one of the Palestinian protestors being killed by being shot in the head by a PFLP-GC sniper.

Gene adds: Al Jazeera reports on the defection of a Syrian military officer, who has appeared in a video denouncing “the immoral and inhumane measures” used by the military against anti-Assad protesters.

Just Journalism notes that Arabic sources also indicate that the demonstration against the PFLP-GC was inspired by anger at putting Palestinians in the line of fire.

However, it also notes the following:

However, the only British coverage of the incident has given a completely opposite explanation for the violence. The Independent’s ‘Syrian activists fear retaliation after 120 soldiers ‘are shot dead’’, by Alastair Beach, includes two paragraphs on the camp violence. It cites Wafa, the official news agency of the Palestinian Authority, as the source for its coverage:

‘The crowd reportedly attacked the headquarters of the Popular Front for the Liberation of Palestine – General Commend (PFLP-GC) to express anger at the failure of the group to organise demonstrations to mark [Naksa day]. Militants from the PFLP-GC responded by opening fire on the crowd, the report said. The report cited hospital staff within the camp who said 14 were killed.’

In the run-up to Naksa day, the Palestinian Authority used Wafa to encourage protesters to directly challenge Israel’s border security. An opinion piece by a senior aid to Mahmoud Abbas described the willingness of Palestinians to risk their lives as the ‘Palestinian nuclear weapon’:

‘This new Palestinian ‘nuclear weapon’ is based on a large nucleus of loyalty to the motherland – a nucleus of courage and of yearning, and of distress due to the occupation. Together with this is a nucleus of courage, that disregards the minefields, the barbed-wire fences, the [tear] gas grenades, the [various] types of munitions, and the [various] types of obstinacy reflected in every speech delivered so generously before humanity by the occupation government.’ 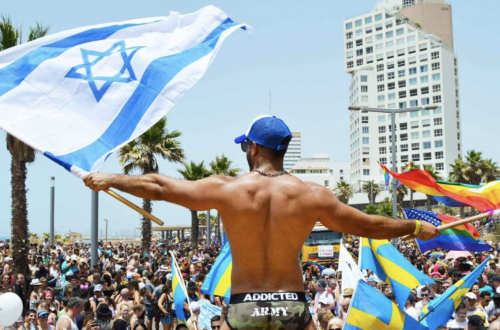 Zionism and the Left: an interview with Susie Linfield