The East London Mosque is absolutely great at putting out statements against “extremism”:

The director of the East London Mosque has condemned “any actions” that incite hatred as police investigate threats made against a woman working in Whitechapel by Muslim extremists. The woman was approached by people telling her “to cover up” at the pharmacy where she works and its owner was told there would be a boycott unless she dressed differently, according to her husband. Two threats have been reported to Tower Hamlets police, the second last Tuesday and neither the woman nor her husband want to be named because of the nature of the threats. Dilowar Khan, director of the mosque and London Muslim Centre in Whitechapel Road, said: “There have been certain incidents in the borough by a handful of people recently who do not represent the mainstream or majority Muslim view. “We condemn any actions that resort to inciting hatred and disrupting the cohesion of our various communities. “We continue to work hand-in-hand with other groups to ensure that Tower Hamlets is a place for harmony and will never be a place for inequality and intolerance.”

But not quite so good at making good on its promises.

One month ago, the extremist Tayyibun Institute hosted a conference at the East London Mosque/London Muslim Centre, featuring Abdul-Rahman Al-Barrak, a Saudi hate preacher, who teaches that gender mixing is so bad that its unrepentant proponents must be killed. Writers who argue against denigrating religious people who are not Sunni Muslims as “unbelievers” should also be executed.

Was this event banned? No it was not.

Up to 1,500 East Enders turned up at the London Muslim Centre in Whitechapel on Sunday to hear speakers from Islamic educational organisation the Tayyibun Institute. Concerns were raised with both Tower Hamlets Council and the police that divisive speakers were to be hosted at the annual conference. … Abu Ayman, the institute’s senior administrator, said: “He is not banned. If there was an issue that someone was doing something illegal – and I stress illegal, not just a difference of opinion – then we will take action. “I would invite these individual to attend our events so they can hear the discussion for themselves and see the amount of females to males. Seventy per cent of our institute are female.” Tower Hamlets Council said after talks with the organisers it got confirmation that no banned speakers would be appearing. A spokesman said: “We have been working closely with the London Muslim Centre, who are signatories to the borough’s No Place for Hate pledge, to ensure that the event is managed in line with their commitment to work towards good relations between communities and that these concerns are taken on board in managing this booking.”

Next month a conference at the London Muslim Centre will feature four speakers who have supported attacks on British troops. No extremism there, no siree!

Over the last five years the East London Mosque has received public sector funding totalling £2.6 million. It is quite happy to peddle any old dishonest PR bullshit to hang onto that cash. 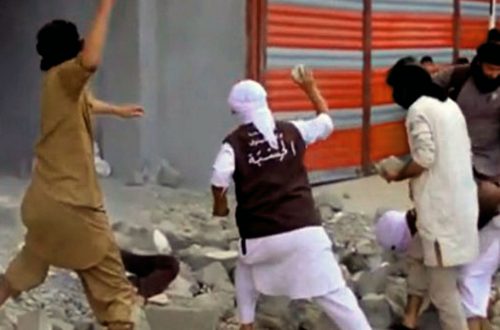 Realpolitik in the Middle East? 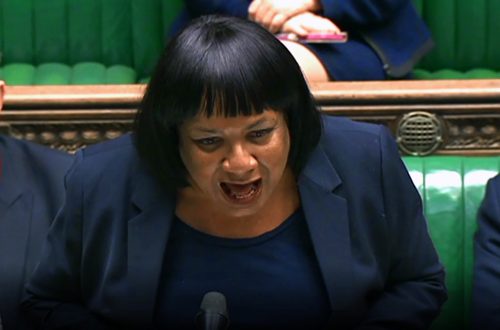 The Home Front would be unsafe in Diane Abbott’s hands