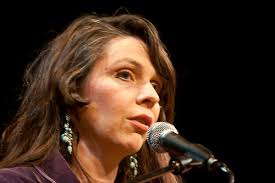 In an article about Julian Assange and his Wikileaks colleagues, the New York Times reported:

Several WikiLeaks colleagues say he alone decided to release the Afghan documents without removing the names of Afghan intelligence sources for NATO troops. “We were very, very upset with that, and with the way he spoke about it afterwards,” said Birgitta Jonsdottir, a core WikiLeaks volunteer and a member of Iceland’s Parliament. “If he could just focus on the important things he does, it would be better.”

It is interesting that the New York Times sees fit to describe Birgitta Jonsdottir as a “core WikiLeaks volunteer”, and fascinating to learn of the nature of her disagreement with Assange.

The Toronto Star observed of Jonsdottir:

The one-time anarchist turned professional politician — she’s a member of the Icelandic parliament — used to be a WikiLeaks volunteer and collaborated with Assange on previous disclosures.

Now Jonsdottir won’t talk about him at all.

“Birgitta Jonsdottir will not be granting ANY interviews or comments in relation to Julian Assange or WikiLeaks,” says a message on her personal website.

Here is Jonsdottir appearing on a Wikileaks panel a few months ago, to the left of Assange:

Some background on Jonsdottir and Assange via CTV:

In December 2009 Assange and Daniel Domscheit-Berg, a German who then worked with Wiki­Leaks, were invited to keynote a free-speech conference in Reykjavik. Their talk echoed an idea from American cyber­libertarian John Perry Barlow, calling for a “Switzerland of bits.” Iceland, with its independent spirit and recent taste of explosive whistle-blowing, they suggested, could become the digital doppelgänger of a tax haven: a safe harbor for transparency, where it’s open season on government and business secrets—and leakers are protected by law.

The idea might have gone nowhere if not for Birgitta Jonsdottir. Assange’s message captivated the 43-year-old poet and self-styled “realist-anarchist.” She wasn’t just another idealistic protester with a goth wardrobe and hipster haircut. In the chaotic political environment that followed the national financial crisis, Jonsdottir had been elected to Iceland’s parliament, the Althingi, in April 2009.

Working with the country’s transparency activists, she pulled together the Icelandic Modern Media Initiative, or Immi. The initiative would bring to Iceland all the source-protection, freedom of information and transparency laws from around the world and even set up a Nobel-style international award for work in the field of free expression. Jonsdottir pushed through a unanimous resolution to create a series of bills to implement Immi. They would also make Iceland the most friendly legal base for whistleblowers on Earth.

Clearly, Jonsdottir and Assange have collaborated on Wikileaks and shared visions, ideas and resources, as they strive to create their virtual utopia.

A true politician of the digital age, Jonsdottir runs a website, blog, Twitter and Facebook page. Jonsdottir is currently using these outlets to rally internet support for Assange and the Wikileaks team.

Jonsdottir’s tweets are reposted from various questionable sources, including the Swedish Pirate Party:  a political grouping which receives funding from the Far Right businessman Carl Lundstrom.

The Financial Times reports that Wikileaks activists are publicly distancing themselves from the Anonymous hacking campaign.

Jonsdottir, however, tweeted on Sunday:﻿

﻿The webpage that Jonsdottir tweets to – Operation Avenge Assange – explicitly boasts of a planned distributed denial of service attack:

This looks very much like a “core Wikileaks volunteer” supporting the internet campaigns of Anonymous, despite Wikileaks’ public words to the contrary.

Beyond Wikileaks, what does Jonsdottir think about the world?

As you may be aware, David Icke is an ex-football commentator who believes he is the Messiah.

Amongst other things, David Icke believes that shape-shifting reptiles from another dimension control the world. Icke believes that the British royal family and the American presidents are all reptiles. He thinks they routinely engage in paedophilia, murder and Satanic rituals to satisfy their reptilian needs.

Icke has flirted with Holocaust denial, and believe that reptiles wrote the antisemitic forgery Protocols of the Elders of Zion.

Here is the Icke video that Jonsdottir recommends:

Jonsdottir is presumably interested in exposing public individuals with bad politics, yet here she is recommending David Icke.

Furthermore, Jonsdottir has previously given radio interviews to conspiracy theorist host Alex Jones and also to Press TV. In the Jones interview, Jonsdottir claims that Obama’s “death squads” are out to kill Julian Assange.

Jonsdottir generally gives interviews about the financial conflict between the Icelandic government and Britain and Holland in 2008, and speaks her mind on this issue, as well as her wider concerns about the European Union.

She speaks to English-languages audiences about big corporations and governments who want control of the masses so they can get rich quick.

Yet quite often, she is speaking to audiences who indulge in the racist conspiracy theories of their broadcasters.

Indeed, Jonsdottir has given an interview to a radio show that recommends David Icke’s writings.

The show in question is Red Ice Creations – a neo-Nazi conspiracy website which carries a tin-foil hat warning. 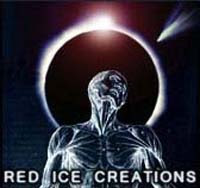 Red Ice Creations is the project of Henrik Palmgren (pictured below).

Below are a few interesting videos for those of you who want to hear and see more from an alternative point of view regarding the Holocaust and the concentration camps. These video’s questions the authenticity of the gas chambers and other aspects of the Treblinka, Sobibor, Belzec, Buchenwald and Auschwitz concentration camps.

You can imagine the types of people who would listen to Palmgren’s Red Ice Creation.

“[…]with the European Union and all these sort of big alliances is that, in the end, these alliances tend to only serve one group of people, and that is not us, the people. It is the ruling elite of the world. That is just how it is, and the big corporations as we know, and most of your listeners probably are aware of, you know, they have no compassion. They only care to make profit. And I think it is time for the people of the world to rise up against this.

In part 6, Jonsdottir encourages listeners to log on to Wikileaks, spelling out the website for Palmgren’s audience.

After the interview Jonsdottir posted this on her facebook page:

Jonsdottir has some interesting Facebook friends sending her all kinds of links.

And these people, somehow, are all her friends on Facebook!

Jonsdottir claims that pharmaceutical companies are not in the business of health and healing:

She links to this video to better understand world economics:

Oh yes, and Jonsdottir appears to be a troofer:

Who is Aaron McCollum?

He is a delusional blogger who thinks a stargate recently opened up in the sea besides Yemen, and there is now a multi-dimensional portal in operation off the coast of Yemen, through which the King of Egypt can send messages to McCollum.

And so on and so forth – there are plenty more odd links on Jonsdottir’s various sites.

But there you have it: a “core Wikileaks volunteer” with dangerous, paranoid political ideas.

I wonder how widespread these ideas are in the Wikileaks community.

Trump does a “Sergeant Schultz”