This is a guest post by Tom Gallagher. Tom’s new book, The Illusion of Freedom: Scotland Under Nationalism, is published next month

One of Alex Salmond’s first acts as Scotland’s ‘First Minister’ was to remove the toe-curling logo, on view at national entry points, ‘WELCOME TO THE BEST SMALL COUNTRY IN THE WORLD’.

The government of the now forgotten Jack McConnell, the legate of British Labour in Scotland from 2002 to 2007, had shelled out a small fortune to an advertising agency in order to dream up a slogan meant to encapsulate Scotland for its visitors. But in light of the Scoto-American splat that has developed over the fate of Abdelbaset Ali Mohmed al- Megrahi, convicted of the 1988 Lockerbie bombing, it may now be time to sell Scotland abroad on account of its cussedness. ‘Welcome to Scotland the Land with Attitude’ springs to mind. Perhaps the Highland Stag could promptly be replaced with the Porcupine as a defining national symbol.

The pro-independence government of the Scottish National party (SNP) has focussed its attention on the ailing Libyan national convicted for Britain’s biggest ever terrorist atrocity. Kenny MacAskill, the free spirit who is Scotland’s Justice minister, has made it clear that after serving 7 of his 27-year minimum sentence, he deserves to be sent back home on compassionate grounds. Within days of the minister visiting Mr al-Megrahi in his Greenock prison, the news came that he was dropping his appeal, thereby removing a barrier to early release.

At first glance, it is hard to see why the SNP has invested so much political capital in this issue. It is not that they have nothing better to occupy their time with. Scotland’s unemployment soared by almost 20 percent in only the last three months. Many visitors to the international Festival have been startled to see how much of the historic centre of Edinburgh has become one gigantic building site for a tram system spiralling in cost and which won’t be completed until at least 2013. Yet the SNP stands aside, showing no interest in coming to the rescue of Scotland’s Capital even after the near-collapse of the two major banks headquartered in the city. On 8 July, Alex Salmond even had the chutzpah to cancel a meeting over the disappearance of the whisky industry in Kilmarnock with the loss of 900 jobs, to appear instead on a BBC lunchtime chat-show.

Hillary Clinton, exhausted and rattled after her gruelling African tour, had to phone MacAskill on Friday to find out why his government appeared to be pulling out all the stops to release al-Megrahi. Many of the relatives of the 259 people on board the doomed Jumbo jet, are incredulous about the unfolding events in Scotland. Some fear that if he drops his appeal and is released on compassionate grounds due to his advanced prostrate cancer, the chances of the truth ever surfacing about who was responsible for this terrorist act will never be known.

In a decentralized democracy like the United States, many ordinary citizens are able to use their access to legislators in order to make their feelings known to government. But it is unlikely that Secretary Clinton would need much prompting given the sinister precedent al-Megrahi’s release would cause especially in light of the lack of any substantial evidence about his innocence. This is the age of increasingly spectacular and grisly terrorist acts, some of which have eclipsed the Lockerbie bombing in their scale of horror.

By contrast to the US democracy with its access points for citizens, the relatives of the eleven killed in the small Scottish town over which the plane exploded, have no effective access to political power. Under its self-proclaimed national liberators, Scotland is a tightly managed polity where folk like those living in Lockerbie are expected to know their place and keep quiet. It is perhaps a cruel irony that the main advocate of al-Megrahi’s release is a Member of the Scottish Parliament for the local Borders region, Christine Grahame. Nobody ever voted for her but she still got into the Edinburgh Parliament for the SNP under the proportional voting system.

Grahame (born in Burton-upon-Trent, Staffordshire, England in 1944) is one of the many lawyers in the SNP who give the party its aura of self-righteousness and suppressed fury. This truculent figure was previously better-known for demanding that England transfer the town of Berwick-upon Tweed to Scotland and that the remains of Mary Queen of Scots also be repatriated northwards. These are the kind of petty non-issues which, when linked with bigger grievances, made East European nationalism so problematic after 1848. Of course, the SNP mind-set is so self-referential that although it will detect such a comparison as vaguely unflattering, it will probably have little idea why.

Kenny MacAskill and his party are on a voyage seeking national redemption and no opportunity must be lost to prevent any limits being placed on the march of a nation. The al-Mehgrahi affair is a virility contest in which Scotland’s ‘only true champions’ stand up for the integrity of Scottish justice and make their will prevail however much it discomfits Washington. The SNP will break the Gordian knot even if there are tantrums in the US State Department and President Obama sends back his invitation to one of the many Robert Burns commemorations the SNP’s cultural commissars are organizing long into the future.

Alex Salmond and his colleagues show little concern about who the perpetrators of the 1988 atrocity were and if indeed Mr al-Megrahi is a fall-guy. A key Iranian role has been claimed by the former Labour MP Tam Dalyell. But in 2007, Salmond wrote to the Tehran authorities seeking their intervention so that Scotland could be included at a meeting of the signatories of he UN Nuclear Non-Proliferation Treaty. In 2008, unlike spokesmen for the Labour, Liberal Democrat or Conservative parties, he refused to repudiate calls from the Iranian ambassador to Britain for closer ties between Scotland and his theocratic regime.

Until this jarring episode, Alex Salmond has been content to promote an emerging foreign policy that is based on triangulation, playing off different groups and telling them what they most want to hear. A search for preferably wealthy partners in different parts of the Third World has been accompanied by crafty efforts to schmooze with the great and the good in Washington DC. This spring he persuaded James Webb, formerly Navy Secretary under Ronald Reagan and now the senior Democratic Senator for Virginia, to found a Friends of Scotland caucus meant presumably to be used if Anglo-Scottish political hostilities spill over into the international arena. No less than thirty US Senators now belong which must mean that many of the relatives of the Lockerbie victims are among their constituents.

Despite its grandstanding it may well be that the SNP is ultimately a pawn in some power game involving shady areas of governance on both sides of the Atlantic and the Middle East. But al-Megrahy and the relatives of the victims in the USA and Scotland, are also in some ways hostages of the psych-drama being played out by Scotland’s ruling politicians as they affirm an emotion-laded nationalism.

But don’t expect much investigation or analysis from a largely supine Scottish media. Not a few of the BBC’s political journalists see their job as merely a preliminary posting before they use their political connections to secure a parliamentary seat, with the SNP being the favoured choice. The Scotsman newspaper, supposedly Unionist in orientation has as its features page editor an SNP parliamentary candidate who ensures that the opinion pieces in the newspaper cause few problems for his party. Increasingly many Scottish journalists see the need to defer to the SNP because, as its grip on power tightens it might become their employer while some of their own newspapers might go out of business,

The opposition parties will, in all likelihood, fail to land any blows on Salmond and the SNP even as their reckless approach to the Lockerbie affair reveals Scotland to be run by an immature and exhibitionist bunch of politicians. Labour remains in disarray, the Scottish Conservatives are a glorified social club (except for tenacious figures like Bill Aitken MSP) , and the Liberal Democrats (despite being well-led by Tavish Scott), are busy trying to prevent the SNP storming their electoral strongholds.

With many in Whitehall assuming that Gordon Brown has ‘lost Scotland’, it may be left to the USA to decide how to treat this emerging micro-power in the North Atlantic. Salmond’s former principal private secretary, Robin Naysmith now sits in the British embassy in Washington as counsellor with a brief that includes making the case for independence. Perhaps Hillary Clinton will invite him for talks in order to decide whether the US should play hardball with, or else conciliate this tartan porcupine. If Naysmith is a talented envoy, he will urge Secretary Clinton not to get alarmed and just view the unorthodox Scottish moves over the Lockerbie affair as a kind of role-playing exercise.

Since 2007 Scotland has been engaged in a psycho-drama in which it becomes reconnected with different facets of the past in a highly contrived way. The 450th anniversary of the Scottish Reformation is not having a penny spent on it by Alex Salmond: it emphasises the British link. Instead, rivers of public funding have been expended on the Year of Homecoming. Here pride of place has been given to aristocratic clan chiefs whose ancestors betrayed their kinsmen, driving huge numbers into exile to replace them with sheep. But these belted earls encapsulate the romanticism and grandeur of the Highlands. This is good for packaging Scotland as different from the overlord nation to the south so their perfidy can be forgiven and forgotten while English depredations continue to animate the many variations of Christine Grahame now operating on the small Scottish political stage.

Mrs Clinton will surely calm down and go take a break if she is persuaded that Scottish efforts to release the man convicted of the Lockerbie bombing are just like the Homecoming, merely a psychodrama in which a party still in the teenage phase of government, demands the right to be taken seriously and treated as an adult force in the world. Just as North Korea was mollified by sending Bill Clinton to parlay, perhaps a similar high-profile visit, or even better, one from his successor, will encourage our ruling Nationalists to shed some of their neuroses.

As for playing hardball, dropping the hint that Scotland might someday be welcome as the 51st state of the United States if the British union buckles under the weight of so many recent policy failures, might just have a sobering effect on the Nationalists. The more cerebral ones know that such an idea would appeal to plenty who don’t fancy occupying a Celtic twilight zone for the next fifty years. 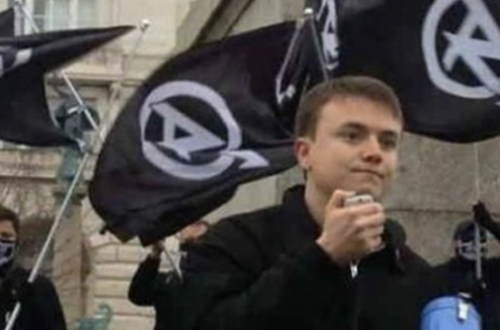