Once readers have got over the shock of seeing a post from me, they may be mildly interested to learn that I’m not entirely persuaded that the title of the post “Mehdi Hasan Exposed…” was entirely justified.

It is perfectly fair to say that those defending Hasan cannot ignore the offending passages just because the rest of his speech is moderate and actually representative of the sort of commentary that HP itself promotes and supports, but equally those looking to paint Hasan as some sort of firebrand extremist with Islamist tendencies cannot do so in good conscience if they have listened to the whole speech.

This is why I am uncomfortable with the post title suggesting that Hasan has been “exposed”. The rest of the speech is relevant and can be invoked to rebut a claim that Hasan is “exposed” as a result of his using a couple of indelicate phrases. Insofar as he is “exposed” as anything, it is as someone who is given to the odd use of unacceptable phraseology rather than as a true bigot or fundamentalist. I think it’s fair to infer that the author of the HP piece was attempting to go further than this in his/her use of “exposed” and perhaps plant an idea that Hasan is someone and something he is not – at least, that’s “not” on the basis of Hasan’s speech in its entirety. For this reason, I don’t support the title and tone of the post.

Talking of context, this is merely part 1 of 3, so perhaps the full nature of Hasan’s “exposure” will be revealed and I’ll have to eat some words. Or perhaps not. We can only work with what we know. And this is something Hasan’s colleagues would do well to remember; it is not a fault of the analysis from HP commenters and authors that very few of us know much at all of Hasan’s previous writing and deepest thoughts on the most important issues; on the contrary, it’s a defence.

That said, the anti-Muslim comments on this site (which are actually extremely rare, entirely non-representative and rejected by the authors and majority of commenters) remain an embarrassment. Where they are overtly racist (and fuck off with the “Muslims are not a race” non-defence), we do and will continue to delete. And we will no doubt miss some comments that should be deleted, because you see this is a hobby and not our day job. Unlike the editorial staff of The Newstatesman, we don’t get a salary (although David T has said it will be okay for us to unionise, which I guess puts us one up).

That said, the inability and/or unwillingness of Macintyre, Derbyshire et al to distinguish between the views of the most harebrained of our commenters and the political centre of gravity of the blog itself, is worth noting. It’s also dodgy territory for journalists who count John Pilger as a co-worker.

Lastly, what is particularly ironic about this episode is that the most significant revelation about what makes Mehdi Hasan tick is to be found not in some obscure speech to a religious audience, but within the pages of The Newstatesman itself. Barely three days ago, Hasan was asking:

“Does Israel “cause” anti-Semitism”

Reports that this is the first in a series of columns in which Hasan applies breathtakingly simplistic and wrongheaded causation to events that explain themselves are as yet unsubstantiated, but we should know more after next week’s contribution:

Do short skirts cause rape?

Nazi Terror Attack Against a Synagogue in Pennsylvania 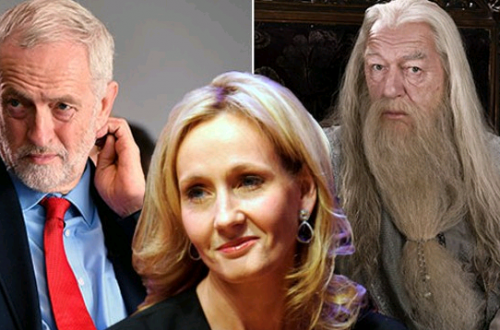