If your reputation was in tatters following reporting of your extreme political views, what would you do?

Here’s one of Daud Abdullah’s answers: team up with another discredited extremist to talk about jihad.

Tomorrow Abdullah, a signatory of the Istanbul declaration, will address a meeting alongside Azad Ali, a fan of jihadi Abdullah Azzam and jihadi preacher Anwar al-Awlaki.

The meeting will be held at the East London Mosque’s London Muslim Centre under the banner of the Islamic Forum of Europe (IFE). Surely this can be taken as a further statement of the solidarity of these organisations with Abdullah and Ali’s views.

Remember, in January the London Muslim Centre hosted a meeting addressed by Anwar al-Awlaki and another, this time sponsored by the IFE, with an emissary of vicious Afghan warlord Hekmatyar.

Furthermore, the East London Mosque’s imam, Shah Jahan Abdul Qayyum, is also listed as a signatory of the Istanbul declaration.

Note that the mosque’s chairman is Muhammad Abdul Bari, the secretary general of the Muslim Council of Britain and former president of the IFE.

Here’s the flyer for tomorrow’s meeting: 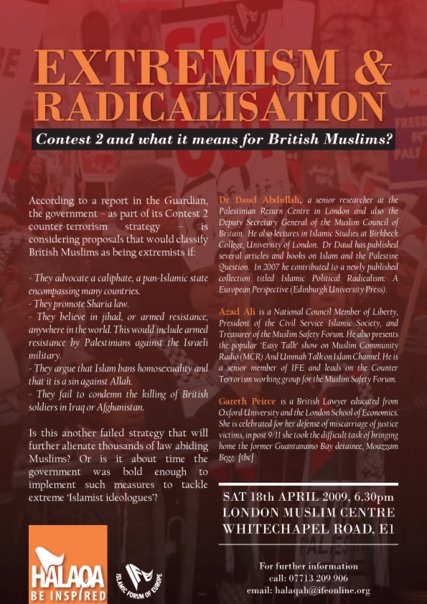 Note that the flyer claims Azad Ali is still the president of the Civil Service Islamic Society. If this is true, it constitutes another failure by the government to tackle Islamist extremism.

As for Abdullah, in this context it is worth taking another look at this video of him speaking in 2007.

Note in particular his take on the Taleban:

Actually, a recent poll of Afghans for the BBC and ABC found that only 4% of them wanted the Taleban back in power, while 58% saw the hideous band of murderers as the “biggest danger” facing the country.

Oh, by the way, the East London Mosque / London Muslim Centre has received funding from the government as part of its anti-extremism policies (see page 33 of this pdf).

Well, Britain is rather good at dark comedy, isn’t it.

Do Liberals have to choose between Muslims and Gays? 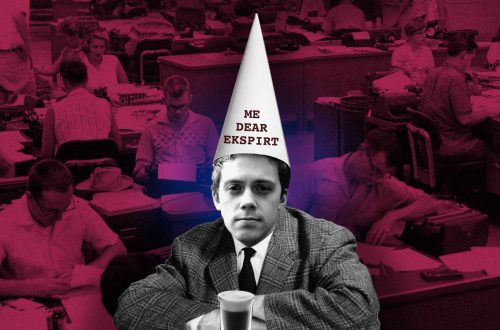